Reviews for Alita: Battle Angel appeared online around ten days ago and one comment stuck with me: “never bet against James Cameron .” The visionary filmmaker has made a career out of taking on overly ambitious projects, being laughed at when they all receive massive budgets and then sure enough, they manage to outperform all expectations. From Aliens to Titanic to Sanctum to Avatar, Cameron strives to push the boundaries of original films in an era where sequels, remakes, and reboots own the market. Now with Alita: Battle Angel, Cameron takes on one of his most vibrant and challenging projects to date.

Anime is not an easy medium to bring to the live-action format. Time and time again, Hollywood has tried (and failed) to adapt anime/manga material for mainstream audiences. With breathtaking animation, colourful worlds, and larger-than-life character designs, it is easy to see how these aspects can get lost in the shuffle when being brought onto the big screen. But when you have a creative team with so much heart, passion, and willingness to embrace the more ‘weird’ aspects of anime, they will deliver a feature proving that the impossible can be done. What Cameron and director Robert Rodriguez have done here with Alita is terrific, constructing a breathtaking world and fleshing it out with enthralling characters, all while crafting a truly special story about belonging and fighting for what’s right. Alita Reviews Are Up, Here's What Critics Are Saying

Alita: Battle Angel chronicles the story of an abandoned cyborg (Rosa Salazar), who finds new life thanks to a kind cybernetics expert (Christoph Waltz). Set several centuries after a cataclysmic war known as “The Fall,” the cyborg, renamed Alita, awakens with no memory of who she is, nor does she have any recognition of the world she finds herself in. As Alita learns to navigate her new life and the treacherous streets of Iron City, mysterious characters take on a strong interest in her newfound life as Ido tries to shield her from her enigmatic past.

The movie industry relocated from New York to LA to escape from Thomas Edison's patents.

As I said, adapting a manga or anime series is no easy task. That being said, Alita’s dedication to being faithful to the source material is astounding, as the visual effects for this film are stunning. This is a film that experienced several theatrical release delays, and now it is easy to see why. Iron City is a technical marvel as humans, enhanced humans, and cyborgs walk amongst each and none look out of place. The advanced but run-down Earth looks as if it was torn straight out of the pages of the manga and will immediately immerse you in this new world. In today’s filmmaking, studios are always looking for their next big franchise starter. Ever since the Marvel Cinematic Universe, modern filmmaking has been dead set on crafting cinematic universes, primed for sequels and spin-offs. At times, it can be very successful, while in other cases, it can be a huge flop (search Universal’s Dark Universe ). Alita: Battle Angel, with the stellar direction of Rodriquez, is able to not only flesh out an entirely new world with so much history and mystery, it is also able to avoid the common problem of using a story specifically designed to set up future films. With Alita, there is no overabundance of foreshadowing as Rodriguez and his collaborators are able to tell a – mostly – tight story while never straying away from its most important aspect, Alita herself.

Alita, played phenomenally by Rosa Salazar , is the heart of the film. She is someone who struggles with identity as she constantly battles with who she is now and who she was before going offline. Upon her revival, she begins to learn about what it means to be human, experiencing emotions like love, loss and the need for adventure. As the audience, we are on this journey with Alita, watching as she grows from naïve ‘newborn’ to fierce hunter-warrior. Salazar’s ability to make the viewer believe in and root for Alita is nothing short of brilliant with her performance seizing the focus of the audience in the most natural and seamless way.

Alita is more than a weapon, and that is what Cameron and co-writer Laeta Kalogridis focus on when fleshing out her character. There are moments where she is the most dangerous fighter on screen. At the same time, she is looking to further her relationship with the man who found her, Dr. Ido, and with the boy she has fallen in love with. This is what separates Alita from other blockbusters of the same caliber. While other big budget features emphasize the visual eye candy (take Transformers as an example), Alita’s main concern is how its titular character reacts and grows in this strange world. She does not show fear for exhibiting her naïvetés or curiosity but always conveys the will to never give up. She is scared, brave and, as her love interest Hugo says, more human than anyone else.

Alita’s supporting cast is arguably where the film falters as some are simply not as fleshed out as Alita herself. Mahershala Ali stars as the film’s main antagonist, Vector, and Ali continues to prove why he is among Hollywood’s elite. His portrayal of the calm but vicious Vector is intriguing to watch as he proves to be more than just another threat to Alita’s existence. Jennifer Connelly plays Chiren, a character who appears numerous times and acts as if she is supposed to be integral to the overarching story. Unfortunately, there does not seem to be enough motivation to justify why her character even plays a role in the story. Finally, Ed Skrein stars as Zapan, a fairly onenote bounty hunter that really is nothing more than a quick scare for Alita and her friends.

Contrary to what most critics have said, Alita: Battle Angel is great . It feels like a breath of fresh air in an age where original and new content has taken a back seat. Led by a powerhouse performance by Salazar, Alita lays the groundwork for an enriching new landscape to play in and leaves the door open for an exciting future. Aside from a few lackluster characters and pacing issues, the film gives fans another strong female lead, fantastic visuals, and a wonderful musical score from Junkie XL. Alita: Battle Angel is an eye-popping spectacle that more than lives up to its iconic source material.

Nick Poulimenakos is the Editor-In-Chief of Talkies Network and reports on the film and television industry. He studies management/marketing at the University of Toronto and is a self proclaimed movie /T.V show/comic book know it all. View all posts by Nick Poulimenakos

All rights on article are belong to: talkiesnetwork.com 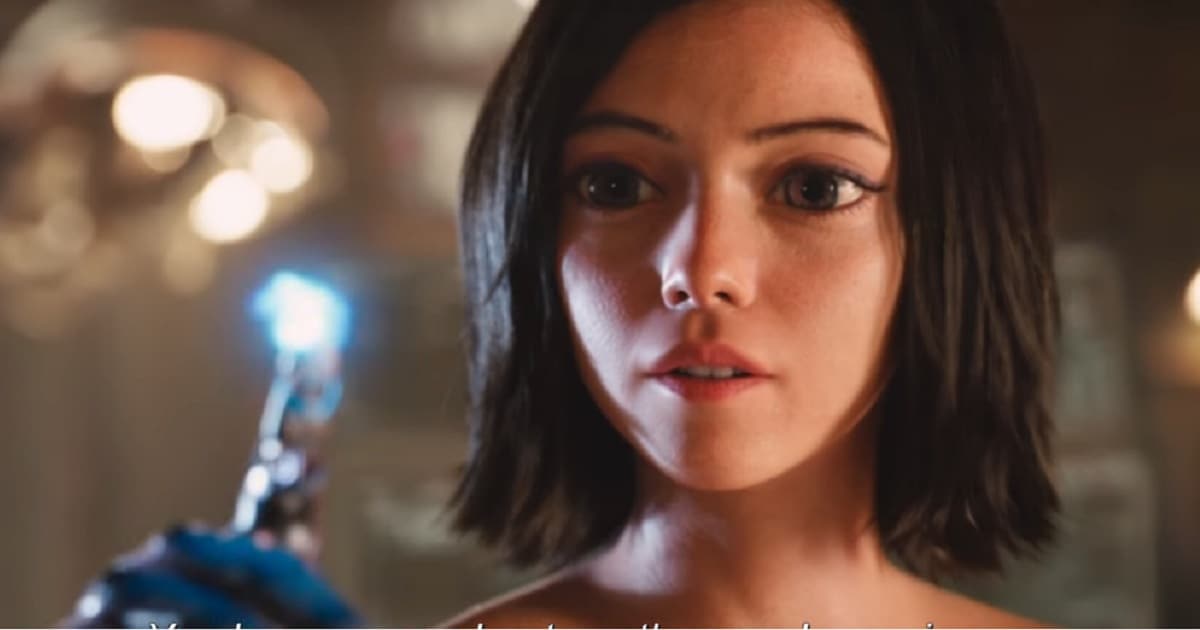 James Cameron's Alita: Battle Angel to release in India on 8 February, 2019, a week before film hits US shores How Much Alita: Battle Angel Has Already Made Overseas How To See Alita: Battle Angel Weeks Before It Opens In Theaters 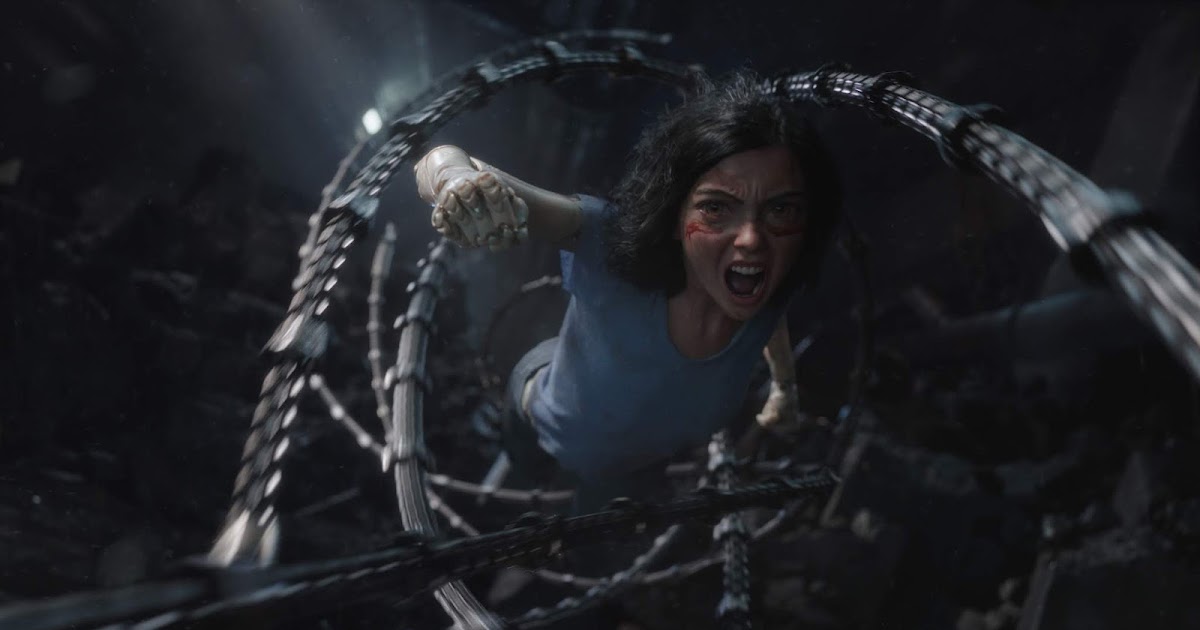 To 3D Or Not To 3D: Buy The Right Alita: Battle Angel Ticket