The DC live-action universe has had a rocky road, with plenty of peaks and valleys during its brief tenure in theaters. Following the lukewarm reception for Justice League , all eyes were on whether or not the DCEU can deliver another critical success. Jame Wan's Aquaman is the next blockbuster up, and will finally arrive in just one day.

The pressure is on for Aquaman to help keep the shared universe afloat (pun intended), both critically and financially. While the reviews for Aquaman have been positive, it remains to be seen how the blockbuster will perform domestically. But even though the movie hasn't arrived in the States, James Wan's DC debut has made a whopping $300 million at the worldwide box office. Aquaman Is Already Making A Ton Of Money In China

This sum comes to us from Forbes , with Aquaman able to drum up a ton of cash with Eastern audiences. The movie has already made $200 million in China, already making the project Warner Bros' most successful movie overseas. And considering Arthur Curry's solo movie is about to hit theaters in the States, smart money says the money is going to keep rolling in.

Aquaman 's projected success is for a variety of reasons, partly being its international appeal-- especially with the game-changing Chinese box office. Releasing the blockbuster this December is a great choice, considering how movies during the Holiday Season can accrue a ton of money. And since Disney isn't releasing a new Star Wars movie for the first time in years, there's more room for releases to clean up with moviegoers. Aquaman is competing with Mary Poppins Returns , but those two projects are vastly different, and James Wan's blockbuster will fill the void of an action movie for cinephiles.

The DC Universe is an unpredictable place, with Warner Bros. constantly making announcements regarding potential projects, actors, and directors. Unfortunately, these announcements don't always come to fruition-- as projects like the Lobo movie were trapped in development hell, and plenty of directors have fallen by the wayside.

As such, DC projects become real once they go into production, and there are quite a few exciting movies coming down the pipeline. Aquaman will pick up the narrative after Justice League , and after the DCEU changed its leadership. Jason Momoa's Arthur Curry made a serious splash when he arrived in Zack Snyder's blockbuster, and now he'll get the chance to take the spotlight.

James Wan Defends Moviegoers Who Don’t Like Aquaman The DC live-action universe has had a fascinating tenure in theaters, full of peaks and valleys. While James Wan has no doubt gotten plenty of hate thrown at him for directing Aquaman , he doesn't recommend that type of behavior.

Aquaman is looking like a major hit, and there a few more exciting DC blockbusters coming to theaters next. Following that release, Shazam! will hit theaters, to focus on the children of the shared universe for the first time. Todd Phillips' Joker has also wrapped, while Cathy Yan's Birds of Prey is currently assembling its cast and crew.

Aquaman hits theaters on December 21st, 2019. In the meantime, check out our 2019 release list to plan your trips to the movies in the New year. Yep, Aquaman Is Officially The Highest-Grossing DCEU Movie To Date 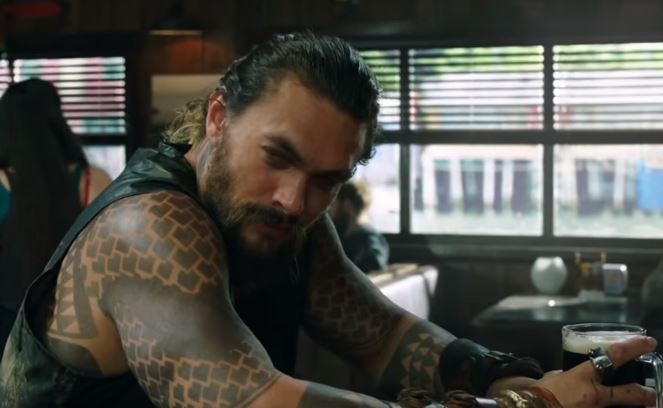 Aquaman Review: The Best DCEU Film To Date Still Has Its Issues How Aquaman's Box Office Opening Compares To Other DCEU Films Aquaman Will Have Key Flashbacks To The Hero’s Past Aquaman Reviews: What CinemaBlend Thought Of The New DC Movie How James Wan Connects His Aquaman To The Larger DC Universe Jason Momoa Described Using The Bathroom In His Aquaman Suit, And It’s Amazing Is Aquaman Heading Toward The $1 Billion Mark?