Time flies when you’re having fun at the movies. That’s the only rational explanation we have for the fact that it’s somehow already time for the December 2018 issue of Empire – our Review of the Year edition, looking at the best movies and the moments that mattered on the big screen. We’ve already revealed our Best Movies of 2018 list – as compiled from individual Top 10s by members of the Empire team – and with the magazine hitting the shelves on Thursday 1 November, it’s time to unveil a look at what’s inside.

Review of the Year

Where do we start? Well, with Avengers: Infinity War – the film that topped our aggregated list by a considerable distance – breaking down our six favourite aspects of the MCU’s gigantic blockbuster. Elsewhere you’ll find the real criminals behind the story of American Animals , breakout star Cynthia Erivo, and a brand new interview with Emily Blunt and John Krasinski on A Quiet Place . All that, and we’ve got Guillermo Del Toro talking about his emotional Oscar victory, and why it means so much to him in the year that his father passed away.

There’s only one film that could have made the top spot though, and that’s Avengers: Infinity War. Yes, there’s a lot of affection for the Marvel Cinematic Universe among moviegoers, and many members of the Empire team.

As if all that wasn’t special enough, we’ve also got the architects of instant action classic Mission: Impossible – Fallout in conversation, talking about their unstoppable partnership, falling off cliffs, and those incredible stunts.

Empire goes on set of the gas-guzzling fantasy epic, exploring the relationship between director Christian Rivers and his mentor Peter Jackson – the man who brought the project to life.

This month’s Empire Interview is with Ivan Drago himself, talking his damaged turn in Creed II , familial violence, and how Rocky IV changed his life forever.

"Guardians Of The Galaxy." Chris Pratt apparently stole his Star-Lord costume from the set, for the sole purpose of having it available so he could show up in costume to visit sick children in the hospital, who might want to meet Star-Lord.

The Transformers films have always been Michael Bay’s baby – but the franchise is getting a bold new voice for its solo spin-off. Step in Kubo and the Two Strings director Travis Knight, who tells us all about how he’s transforming the series.

We’ve got fresh looks at Roma and Sorry To Bother You , a defense of A Star Is Born ’s gender politics, a guide to Spider-Verse ’s many spider-people, and dive into the world of The Mandalorian .

Want Empire delivered to your door with amazing exclusive covers – like this Infinity War variant by Jacey – every month? Subscribe here .

The War Of The Worlds – Exclusive Image From BBC TV Adaptation 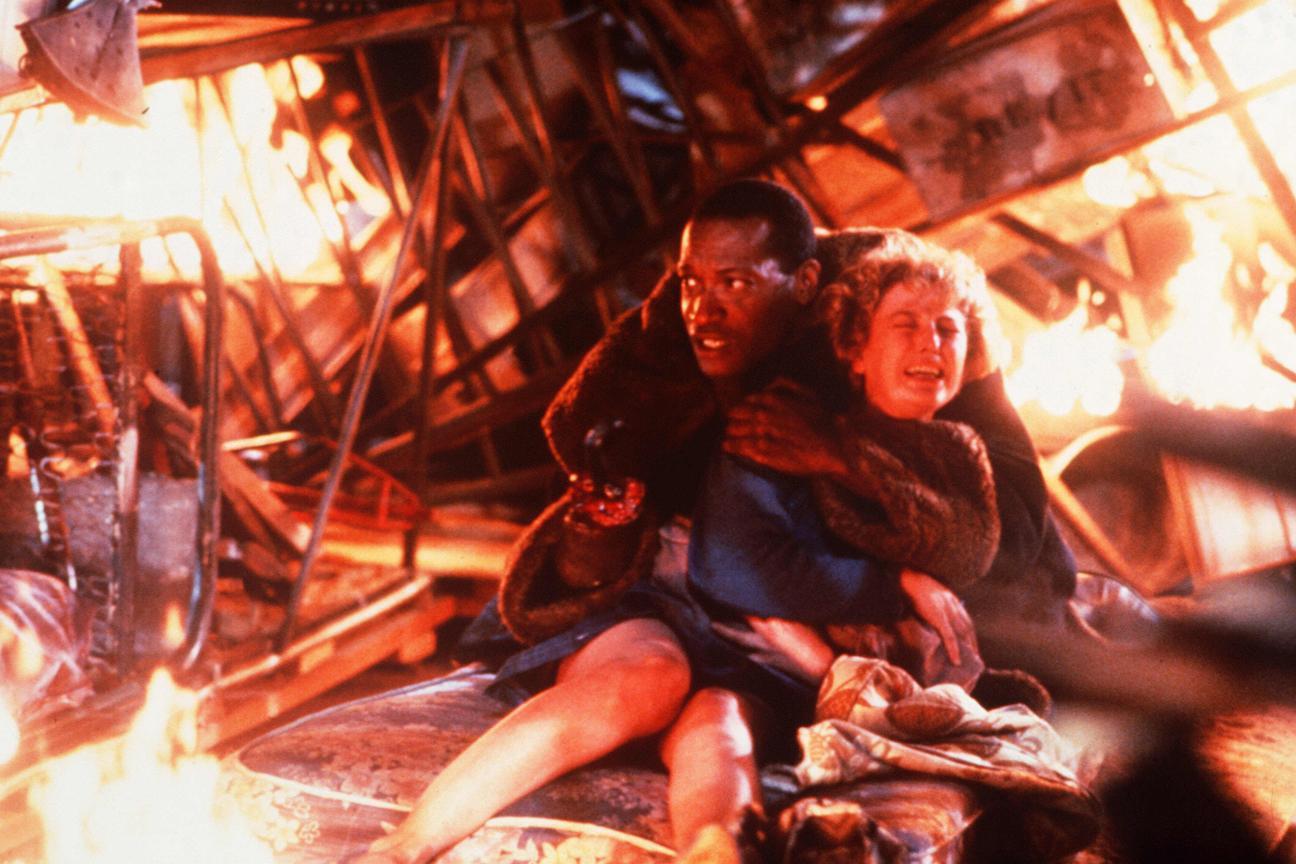 ‘Candyman’: Why This Racially Charged Horror Movie Is Scarier Than Ever

True Lies Blu-Ray Could Be Done By End Of 2018, Says James Cameron Original Candyman Actor Has Mixed Feelings About The Reboot