Perry was surrounded by family and friends when he died, publicist Arnold Robinson said. The actor had been hospitalised since last Wednesday, after a 911 call summoned medical help to his home in the Sherman Oaks section of Los Angeles.

“The family appreciates the outpouring of support and prayers that have been extended to Luke from around the world, and respectfully request privacy in this time of great mourning,” Robinson said in a statement. Those at Perry’s bedside included his children, Jake and Sophie; fiancée Wendy Madison Bauer; former wife, Minnie Sharp, and mother Ann Bennett.

Although Perry was best-known for his role as McKay, he enjoyed a prolific film and television career. Most recently, he played construction company owner Fred Andrews, father of main character Archie Andrews, for three seasons on Riverdale, the CW series that gives a dark take on Archie comics. A fourth season has been slated.

The actor’s next big screen role will be in Quentin Tarantino’s Once Upon a Time In Hollywood, which is slated for release in July.

90210 co-star Ian Ziering paid tribute to his co-star on Twitter , where fans and celebrities shared their memories of Perry and mourned him . “I will forever bask in the loving memories we’ve shared over the last thirty years,” Ziering said. “May your journey forward be enriched by the magnificent souls who have passed before you, just like you have done here, for those you leave behind.”

The Riverdale team shut production in the wake of Perry's passing, reported Variety . Executive producers released Greg Berlanti, Sarah Schechter, Roberto Aguirre-Sacasa, and Jon Goldwater issued a statement on behalf of the network: “We are deeply saddened to learn today about the passing of Luke Perry. A beloved member of the ‘Riverdale,’ Warner Bros. and CW family, Luke was everything you would hope he would be: an incredibly caring, consummate professional with a giant heart, and a true friend to all. A father figure and mentor to the show’s young cast, Luke was incredibly generous, and he infused the set with love and kindness. Our thoughts are with Luke’s family during this most difficult time.” Born and raised in rural Fredericktown, Ohio, Perry gained fame on Beverly Hills, 90210 , which ran from 1990 to 2000. In a 2006 interview with The Associated Press , he recounted being partly inspired to pursue acting by a photo of Paul Newman his mother kept on her mirror.

He played out the memory of hearing his mother say, “He’s the most beautiful man in the world, honey ... he’s a movie star.”

“I thought, ‘OK, that’s cool.’ I watched him and, ‘Yeah, man, who didn’t want to be Paul Newman!’” But Perry expanded his interests far beyond acting, identifying history as a passion and family a priority.

“When you are younger you can have only work, and I did for a long time,” he told the AP in 2006. “But it doesn’t command my attention that way anymore. A lot of the mysteries and the questions I had about it I’ve figured out, but life offers up mysteries every day.”

"Only Lovers Left Alive." All of the cast members playing vampires wore wigs that were a mix of human, yak, and goat hair, in order to make them look wilder.

He had roles in a handful of films, including The Fifth Element, Buffy the Vampire Slayer, 8 Seconds and American Strays , appeared in HBO’ s prison drama Oz as a televangelist convicted of fraud, and voiced cartoons including The Incredible Hulk and Mortal Kombat .

He made his Broadway musical debut as Brad in the The Rocky Horror Picture Show , and starred on London’s West End in another stage adaptation of a film, When Harry Met Sally . In recent years he starred in the series Ties That Bind and Body of Proof .

The same day he was hospitalized, Fox TV announced that it would be running a six-episode return of 90210 featuring most of the original cast, but Perry was not among those announced.

On the original series, Perry’s character went from loner to part of a close-knit circle that included twins Brenda and Brandon Walsh (Shannen Doherty, Jason Priestley), but also endured a string of romantic, family and other setbacks, including drug addiction. Perry left the series in 1995 to pursue other roles, returning in 1998 for the rest of the show’s run as a guest star.

His big break came when he landed the one of the main roles on Beverly Hills, 90210 , playing Dylan McKay, the brooding son of a millionaire. On the big screen, Perry appeared in the likes of Redemption Road , 2015's Black Beauty and 8 Seconds .

In a 2011 interview with the AP , Perry said he and his male co-stars were a “really good strong core group” while the show aired and maintained close ties. The friendship and trust he shared with Priestley created a sort of “shorthand” when it came to filming, Perry said.

(With inputs from The Associated Press) 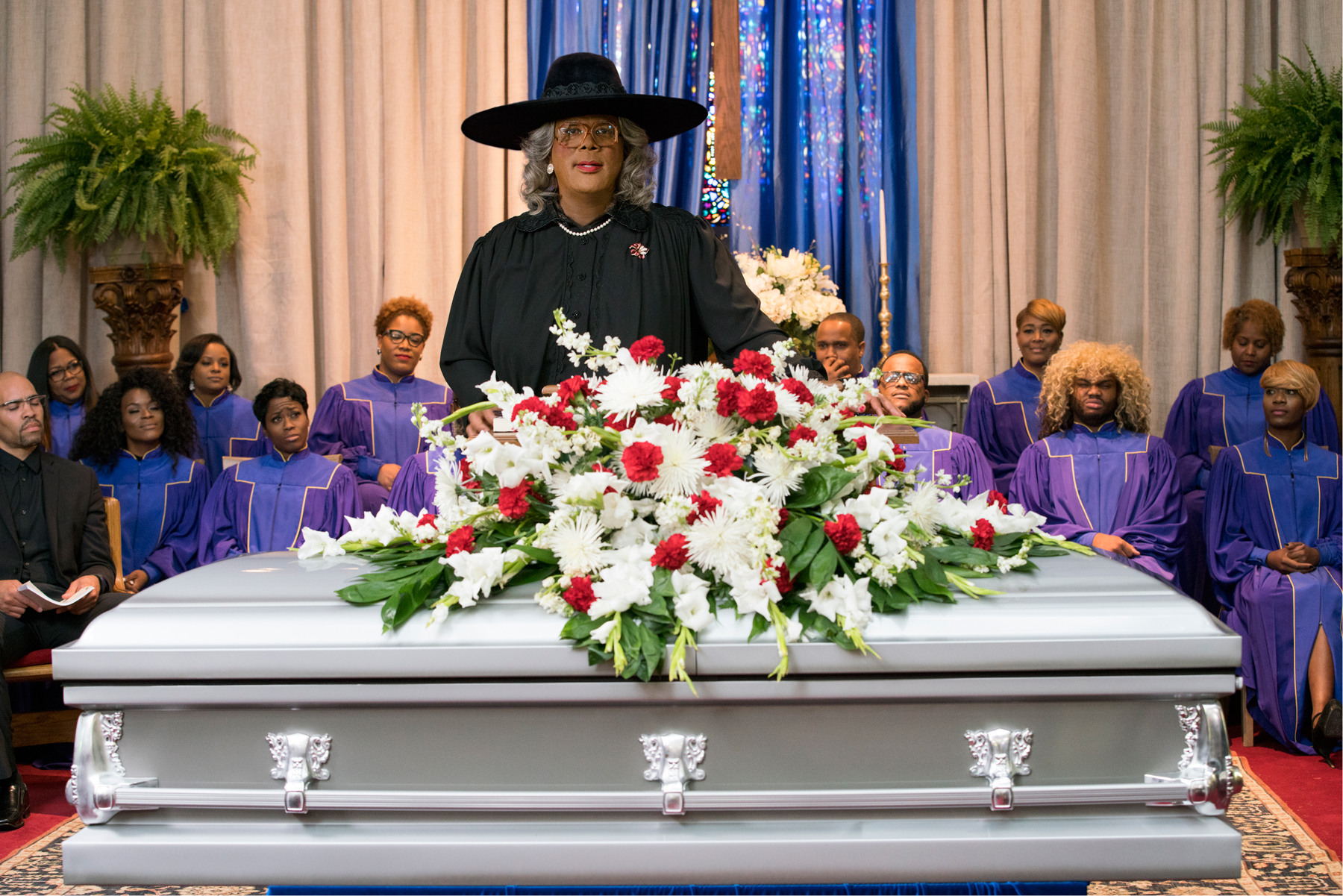 Hallelujer! ‘A Madea Family Funeral’ Is Tyler Perry’s Last Round in Drag as the Matriarch The Blunt Reason Why Tyler Perry Is Saying Goodbye To Madea

Lady Gaga opens up about texts regarding Katy Petty in Kesha-Dr Luke case, says they've gotten over the past- Entertainment News, Firstpost

The Problem Isn't Modern Family Killing Off A Character, It's The Hype 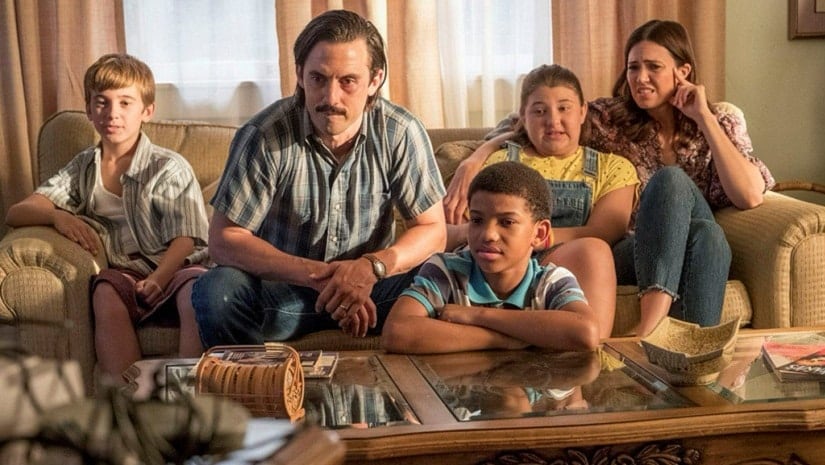 This is Us: Dan Fogelman's comedy series is one of the best on television with its take on racial politics, mental trauma 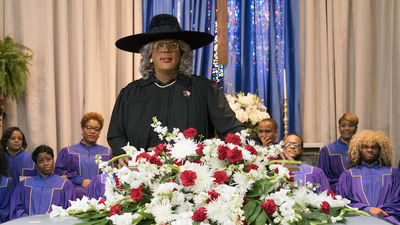 Ray Liotta Joins The Many Saints Of Newark

Bubul and Harms at the Movies