The digital giant picked up global rights to “One Child Nation,” a documentary about China’s policy of forcibly restricting family size that debuted to great acclaim at this year’s Sundance Film Festival. The deal is said to be in the high-six figures.

The sale comes on the heels of the film’s grand jury prize triumph — “One Child Nation” won the top honor for documentary filmmaking at Saturday’s award ceremony as negotiations were wrapping up.

It has been a busy festival for Amazon. The company shelled out $14 million for “The Report,” a political thriller with Adam Driver; it dropped $5 million on the Shia LaBeouf drama/cinematic therapy session “Honey Boy;” it dropped $14 million for the self-improvement comedy “Brittany Runs a Marathon;” and it wrote a $13 million check for “Late Night,” a buzzy look at diversity in writer’s rooms that stars Mindy Kaling and Emma Thompson. No other company was as active as Amazon was in terms of Sundance deal-making this year.

The pact is for all rights excluding U.S. TV, and TV rights in Germany, France, Switzerland, Austria, U.K., Netherlands, and all of Scandinavia with the exception of Finland.

Nanfu Wang and Jialing Zhang produce and direct the film, which looks at state-enforced sterilizations, kidnappings, and other brutal means of preventing Chinese citizens from having more than one child. This policy lasted from 1979 to 2015, but the movie makes it clear that the trauma from the social experiment to make it illegal for couples to have more than one child, endures. Wang delved deep into her own family history to tell that story.

In a positive review , IndieWire’s Eric Kohn wrote, “As a brilliant combination of cultural reporting and interpersonal reckoning, ‘One Child Nation’ manages to encapsulate decades of underreported events within a palatable narrative accessible to even to viewers with no prior understanding of the policy’s history.”

The deal for the film was negotiated by Amazon Studios’ team. Josh Braun, Ben Braun, and Matt Burke of Submarine represented the filmmakers.

“One Child Nation” is a Next Generation, Motto Pictures and Pumpernickel Films Production. “One Child Nation’s” producers are Christoph Jörg, Julie Goldman, Christopher Clements, and Carolyn Hepburn. It was executive produced by Sally Jo Fifer, Lois Vossen, and Ken Pelletier. The film’s co-producers include ITVS and WDR/ARTE. It was associate produced by Chicago Media Project and Chicken & Egg Pictures.

Matt Donnelly contributed to this report. 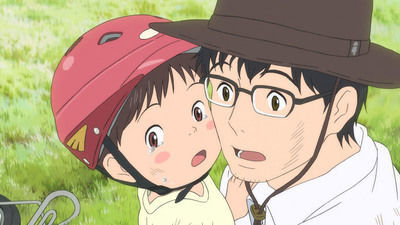