One of the best remakes ever made, The Invisible Man takes the source material in a very different and brilliant direction. Elisabeth Moss gives an incredible performance and should get her at least nominated for Best Actress. The Invisible Man himself is genuinely scary with an awesome tech suit. Plus the movie has some really fantastic cinematography. There are a couple of character decisions I was frustrated with, but this is still a worthy entry in the Top 5.#4. Palm Springs

One of the creepiest films I've ever seen, my skin would not stop crawling. This is a movie where you know something terrible is coming and you can't stop it. The performances are incredible and the cramped cinematography makes you feel claustrophobic. It's an incredibly dark film that somehow manages to be a family drama first and a horror movie second. Parts of the film don't make a lot of sense, but this is definitely a movie that will leave you chilled.

This movie is basically Groundhog Day and I'm ok with that. I love time loop stories. The cast is brilliant and the writing is hilarious. But it doesn't lose itself in the humor. There is a lot of heart to the story as well. It would have been fun to see the insanity dialed up a bit more, but I still love the film and it's easily the funniest movie of the year. 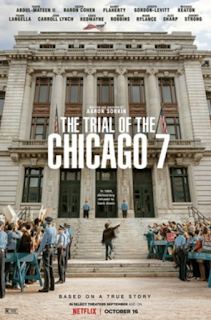 I love a good legal drama and this one fits the bill. If you're looking for a movie that will make you angry, this one will also fit the bill. Frank Langella is a terrific villain and I hope to see him win Best Supporting Actor. Mark Rylance and Yahya Abdul-Mateen II are both incredible as well and bring some heart to the film. The final scene is a little hokey and the movie as as a whole is overly dramatized, but that's part of the reason I like the movie so much.

"Melancholia." During the Cannes Film Festival press conference for the film, Lars von Trier responded to a question about the use of Wagner's music, by calling himself a Nazi, and saying that he sympathized with Hitler. Despite apologizing for his remarks, he was banned from the remainder of the festival, and declared a persona non grata by festival organizers, a first in the history of the festival.

Finally, before we get into the best movie of 2020, two quick honorable mentions. 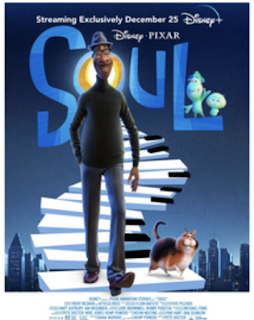 Pixar's most mature film and its darkest. Soul spoke to me on a deep level thanks to the writing of the main character and Jamie Foxx's performance. He and Tina Fey are very funny and the music is wonderful. This movie turned into a real emotional roller coaster that I was not expecting nor was I prepared for it and it's easily the best movie of 2020.

So, what do you think? Am I right on (doubtful) or am I dead wrong? Let me know!

All rights on article are belong to: stacysbloggoingon.blogspot.com