New Delhi: Petrol price crossed Rs 99 a litre in Rajasthan on Sunday while diesel topped Rs 91, after rates were increased for the sixth day in a row.Petrol price was increased by 29 paise per litre and diesel by 32 paise, according to a price notification of state-owned fuel retailers. Noting that Prime Minister Narendra Modi's approval rating is the highest among world leaders in a survey conducted by a US data firm, BJP president JP Nadda on Saturday said this is a testimony to his able leadership and a matter of pride for all Indians.

Delhi chief minister Arvind Kejriwal and other Aam Aadmi Party (AAP) MLAs on Thursday tore copies of the Centre's new farm laws in the Delhi Assembly, as a token of solidarity with the farmers protesting against the laws for three weeks now. 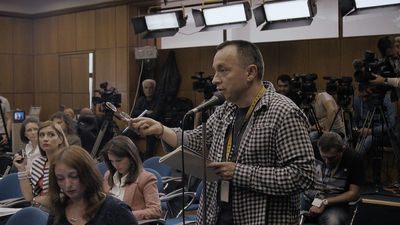 Seen early on at a briefing given by the Minister of Health, where the lies and platitudes from the podium are so obvious they almost create their own atmosphere, Tolontan and his skeleton crew of journalists cover the story.The journalists discover that the disinfectants provided to the hospitals by a pharmaceutical company have been diluted, rendering them useless. 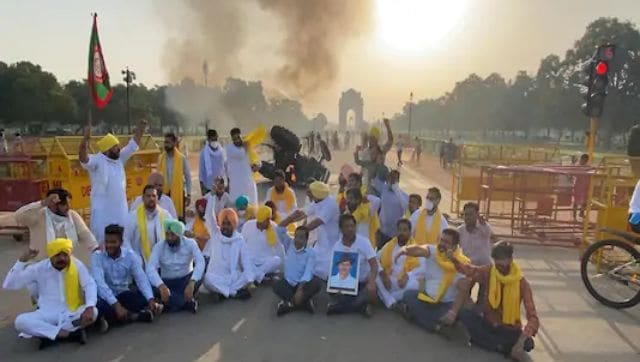 New Delhi: A group of former public servants on Monday backed the farm reform laws enacted by the Modi government and claimed that "disinformation" is being spread over the issue to negatively impact the morale of farmers. 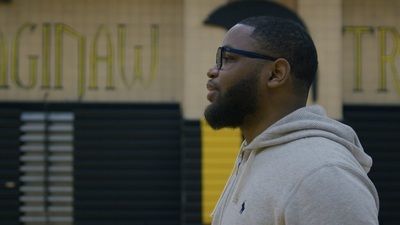 Airing on HBO after its canceled SXSW premiere, “The Scheme” tells the story of Christian Dawkins, a man whose ambition and business savvy became the focus of a major federal operation to bring down corruption in the NCAA.

In times of the coronavirus outbreak , Steven Soderbergh's 2011 medical thriller Contagion makes for essential viewing because it is a fully realised, accurate vision of a pandemic, and its impact across various quarters, while also never losing hope.

Before Blumhouse, Syfy Gave Us Their Own Invisible Man

In 2000, Syfy (then known as Sci Fi Channel) was undergoing a transition in programming that included the introduction of “original programming.” Among these new shows was “The Invisible Man,” a series that mixed classic HG Wells’ science fiction classic, with comedy, drama, crime, science fiction, fantasy, and some good old fashioned espionage and heist antics.

In a stunning allegation, IFTA says that China has cheated by simply cutting down on the number of “flat fee” film imports in order to make way for the increase in revenue-sharing quota titles, which mostly go to Hollywood studio movies, agreed in 2012.

In 2010, Colleen LaRose achieved notoriety as ‘Jihad Jane' after she was arrested by the FBI for admitting her part in a 2009 conspiracy to murder Swedish artist Lars Vilks for drawing the Prophet's head on a dog.

In Control, players take on the role of telekinetic Jesse Faden, director of a paranormal wing of the US government, to navigate a strange building that's larger on the inside and battle an invading army that corrupts reality itself.

Just a day before its scheduled China debut, director Lou Ye ’s latest film, “Saturday Fiction ,” has been pulled from its slot as the opener of the mainland’s Golden Rooster Film Festival because of unspecified “internal production problems,” according to Chinese film website Mtime.

When the “X-Men” Took the Nineties

Marvel garnered much more resources this time around, and had the support of Saban Entertainment, who’d helped make successes out of numerous shows during the 90s including “Mighty Morphin’ Power Rangers,” and “Spider-Man.” The 1992 animated series was much more a contemporary vision for the mutant super team, all of whom experienced Jim Lee style redesigns with edgier attitudes.

Rachel Lears’ political documentary “Knock Down the House” might appear to be a documentary exploring the campaigns of a group of women that sought to win positions in the House in Washington, but deep down it’s about hope. 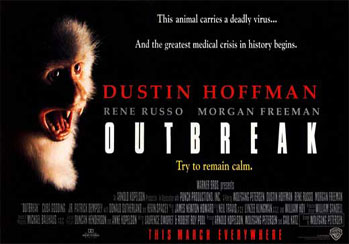 It’s hard to take Donald Sutherland seriously when he begins sounding off about the US military being justified for their past discrepancies, when he’s depicted as a scowling mustache twirling villain in the finale, almost obsessed with wreaking destruction on the town that’s been ravaged by the horrible virus.

Homelessness, race, mental illness, government responsibility and social advocacy are just a few things that director and writer Emilio Estevez is trying to address in his newest film, The Public. The Public is an ambitious and thoughtful film and Estevez does his best to address a lot of social issues. As part of our coverage of the upcoming Lok Sabha 2019 elections, we asked prominent media personalities in south India to interview leaders from their respective states. In this interview, Varsha Basheer speaks to Tharoor, the Member of Parliament from Thiruvananthapuram constituency. As part of our coverage of the upcoming Lok Sabha 2019 elections, we asked prominent media personalities in south India to interview leaders from their respective states. Siddaramaiah responds to questions of instability and infighting within the ruling Congress-JD(S) government in Karnataka.

Still, “Risk” gives us the closest of looks at an organization which continues to expose the things your government doesn’t want you to know about. As part of our coverage of the upcoming Lok Sabha 2019 elections, we asked prominent media personalities in south India to interview leaders from their respective states. In this interview, Sajaya speaks to Nara Lokesh of the Telugu Desam Party.

Australia ’s federal government is to provide a $17.1 million (A$24 million) subsidy to Disney to shoot a currently untitled Marvel movie at Fox Studios Australia . It makes sense to have a mostly new cast if you’re wanting to distance an adventure from its predecessor, though The Suicide Squad would still be wise to bring back Viola Davis’ Amanda Waller to round out its collection of familiar faces. 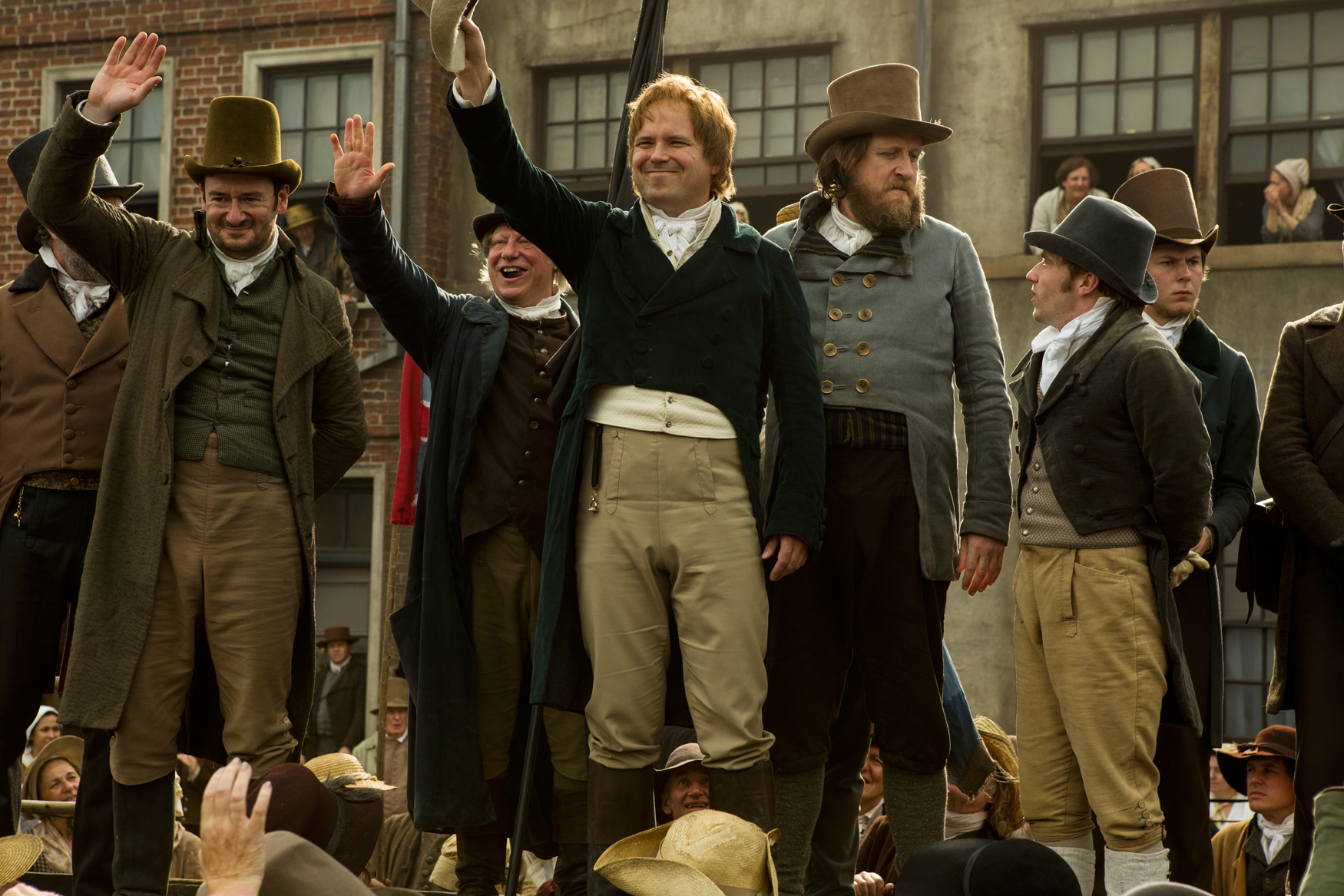 British director recreates the 1819 massacre in which government troops attacked working-class protestors — and closes the gap between the past and the present. 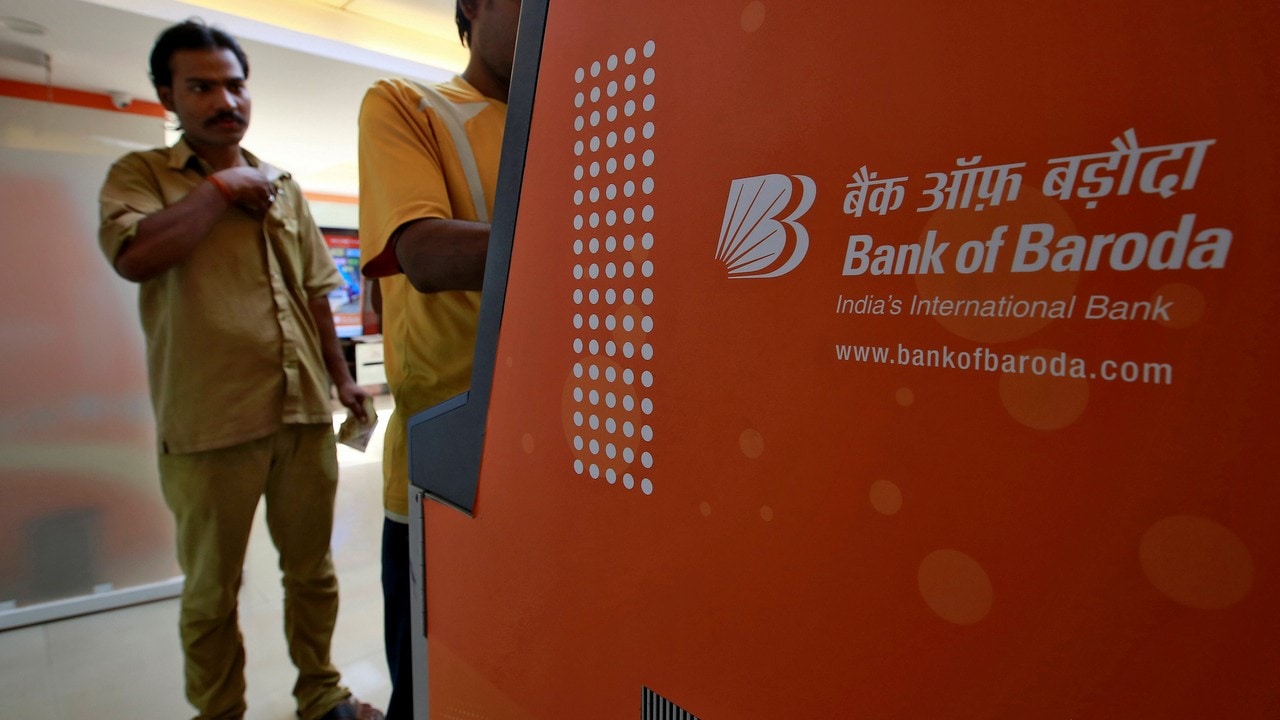 Three-way merger of Bank of Baroda (BoB), Dena Bank and Vijaya, which became effective on Monday (1 April), creates India’s second largest public sector bank and third largest commercial bank--it also creates a bank which has at least 11.5 percent non-performing assets (NPAs) as a percentage of the total advances of the combined entity.

The Interim Budget 2019-20 has provided for a massive Rs 4.31 lakh crore for Defence which is the highest-ever, Shah said. The Narendra Modi government has embarked upon a 15-year Defence modernisation program, a byproduct of which is the Rafale fighter aircraft sorely missed by our Air force but would soon augment its prowess tremendously.