Sex And The City TV Revival Is Official

Actors:Sarah Jessica Parker Cynthia Nixon Kristin Davis Michael Patrick King Kim Cattrall TV Series:sex and the city Following on from news that US streaming service HBO Max is digging into the archives and reviving one of the cable channel's classic shows in True Blood comes news that possibly the biggest series to run there is also coming back, albeit without a key character. Bond 26? How Bridgerton’s Rege-Jean Page Responded After Fans Couldn’t Get Enough Of Him As 007

Since Bridgerton's release on Christmas day, the series has dominated Netflix’s top 10 list and, as of this writing, it even ranks at number one.However, the picture-perfect casting of the central couple and their steamy exchanges seem to have had a lot to do with the show’s virility as well.

He began his career as a researcher at Granada Television, where he first worked on the project that would partly define his career: the Up series, which began chronicling a group of seven-year-old-children. The new film, which is being penned by Bad Boys for Life co-writer Chris Bremner, will shift the story’s perspective from bumbling Inspector Jacques Clouseau, the central character in all of the previous films, to the titular feline, who appeared in the opening credits for the Peter Sellers and Steve Martin-led outings and was the front of multiple cartoon series in the decades since.

Movies:Star Wars Episode IV: A New Hope Sleeping With Other People Actors:Leslye Headland Dave Filoni TV Series:The Mandalorian Star Wars: Clone Wars While The Mandalorian is currently the standard bearer for Star Wars on the small screen, there are other projects on the way, including the Obi-Wan series and the Rogue One prequel. 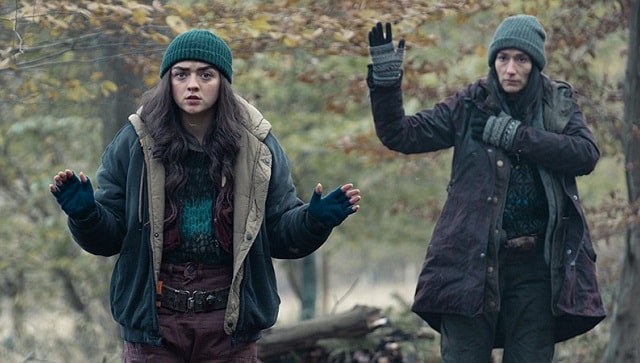 For the uninitiated, the Assassin’s Creed games feature present day characters whose long-long-long-ago relatives were part of a secret assassination squad who have long shaped the course of history – and whose consciousnesses are transported back to ancient times via a machine called the Animus to pull off hit-jobs.

Actors:Dafne Keen Lin-Manuel Miranda Andrew Scott TV Series:His Dark Materials Though the worldwide pandemic almost got its claws into series 2 – one standalone episode was abandoned – but His Dark Materials fought back and the new run will be with us next month.

Five of the Scariest Villains of the 90’s

The 90’s had some of my favorite animated movies and TV series of all time, and suffice to say it also had some bang up villains.Slappy the Dummy is just downright creepy and has been consistently one of the worst baddies from RL Stine’s Goosebumps series. 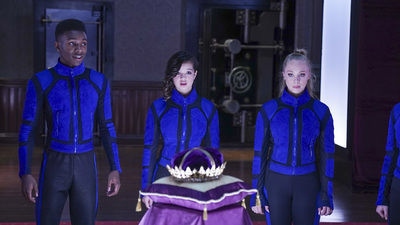 It turns out that second-born royals in this universe have superpowers, and so “SSSBR” shifts to what is essentially a young X-Men riff with Sam learning her powers under the tutelage of Professor James Morrow (Skylar Astin ).

Kanye West shared a series of tweets to criticise Universal Records and Sony, demanding their overly complicated contracts be 'simplified now'.Popular rapper and independent presidential candidate Kanye West has gone on the offensive against music labels for making artists sign away rights to their master recordings.

Movies:Spider-Man: Homecoming Actors:Phil Lord Chris Miller Amy Pascal Sony continues to try and exploit its universe of Spider-Man characters that it has the rights to use from Marvel.Phil Lord and Chris Miller are producing as part of their overall deal with the studio, alongside fellow Spider-steward Amy Pascal . 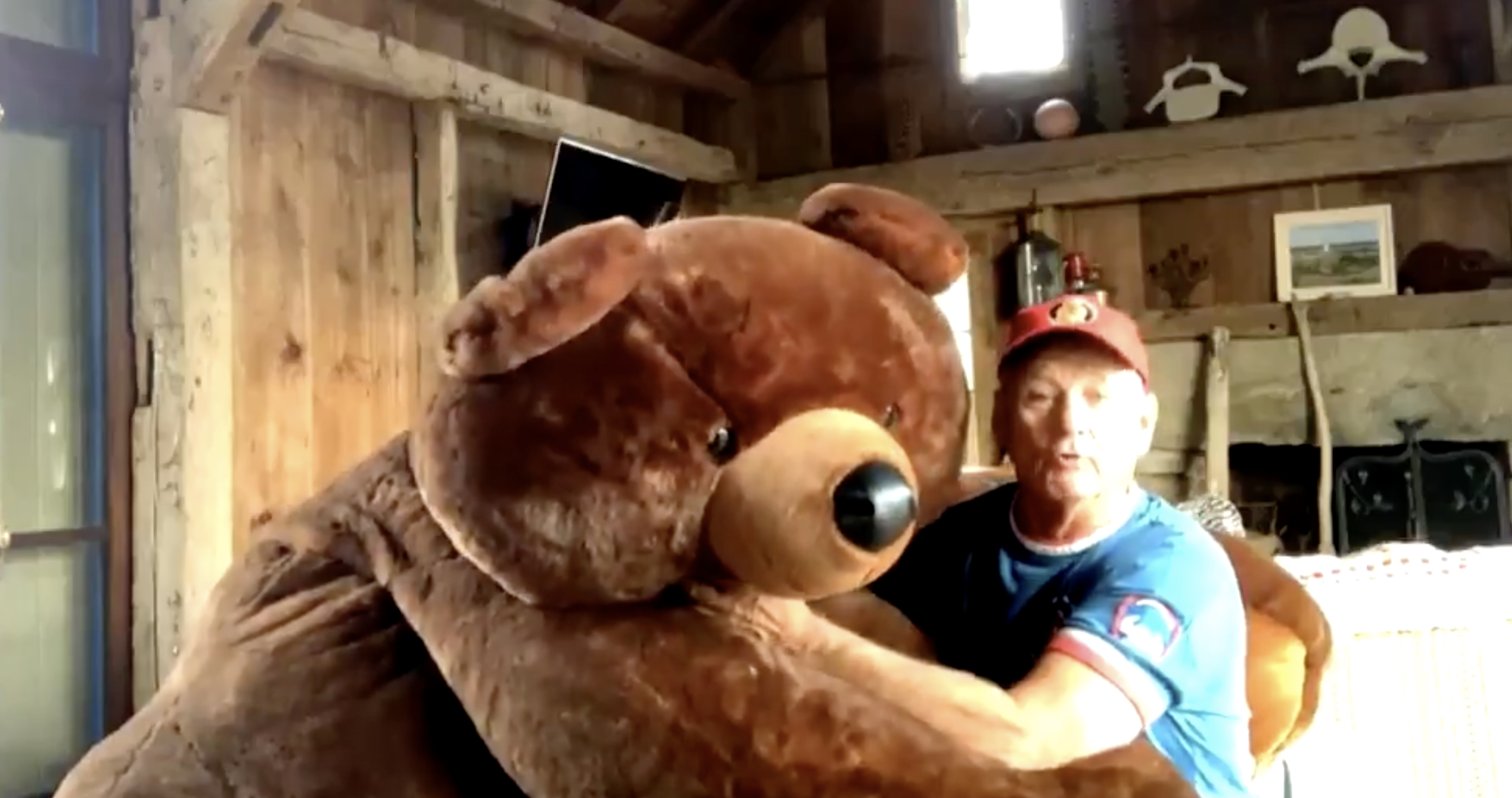 Socially distanced actor helps keep “7th inning stretch” tradition alive at Wrigley Field despite no fans.Diehard Chicago Cubs fan Bill Murray , via video, serenaded an attendance-less Wrigley Field with a rendition of “Take Me Out to the Ball Game” during the team’s home opener Friday.

Movies:The Old Guard Actors:Keanu Reeves Keanu Reeves has played many roles in his career, but he's forging a new path off the screen, even if it might eventually lead back there.Studios sporting a first-look deal with Netflix, there's a chance it could end up as a movie or TV series, potentially starring Reeves.

I will unveil a new series in which I watch the pilot episode from the catalog and tell you if it’s worth binging.You can relate to Darby, and that is what made this episode worth watching.

After releases on DVD from Shout, Bruce Lee’s greatest films get the big Blu-Ray 4K restorations and royal treatment with a box set that’s tough to beat.And of course, the movie is upgraded to 4K, and includes the Blu-Ray and the Digital Copy.

"Fallout is one of the greatest game series of all time," Joy and Nolan say in a statement.

The Magic School Bus, adapted from a series of books written by Joanna Cole and illustrated by Bruce Degen, revolves around a group of school children who board a yellow school bus for field trips to such unlikely places as outer space or the human digestive system.

Sion Sono produced his feature film “The Forest of Love” for Netflix, in 2019.What’s one of the strengths of the series compared to the feature film is the more accentuated parallel that is made between the loud, obtrusive character of Murata and the alleged follower Shin.

Neve Campbell In Talks To Return For Scream 5

Movies:Scream 4 Scream 3 Scream 2 Scream Ready Or Not Actors:Neve Campbell Wes Craven Matt Bettenelli-Olpin Tyler Gillett Ever since the mid-‘90s, the Scream films have been offering meta-commentaries on the horror genre, delivering slasher-movie thrills while deconstructing their rules and conventions.

Owen Dennis who was a former write and storyboard artist for one of my all time favorite animated series “Regular Show,” returns to bring us the acclaimed “ Infinity Train: Book One ,” available very soon on DVD and Digital!

Now, though, the masked vigilante and Kato, his martial arts-expert sidekick are on the move again, with Universal announcing a collaboration with Amasia Entertainment on a new film. Realistically there’s probably a half hour of filmed narrative that bridges the stunts and gags, but often times it destroys the momentum, especially when the group draws genuine laughs from the challenges.

He travels to rural England with wife Lily (Yvonne De Carlo), Grandpa (Al Lewis), son Eddie (Butch Patrick), and niece Marilyn (Debbie Watson, this time).Thankfully the movie works as a piece of pop art from the decade, injecting everything from the sixties including a teen romance.